We Don't Deliver to Your Area Yet..

We're sorry, it doesn't look like we can deliver to your address yet.  Typically we need 15 or more people in a specific area, and then we can start up a route.  Feel like you've got the interest in your area?  Give us a call, text or send us an email!

We Deliver to Your Area!

We're excited to deliver our farm fresh goodness to your door!  It looks like you will get deliveries on:

(Approx. 2-3 lb) This is a variable weight item. You will be charged for the actual weight of the product.

This cut is taken from the hogs rib cage near the backbone. Baby Back Ribs are meatier than St. Louis Style Ribs and cook more quickly. Pederson’s pork comes from Duroc-sired hogs making it some of the juiciest, most tender pork you can find!

Bring a true farm to fork experience to your next backyard BBQ! Pederson's  hogs are raised under a watchful eye from the time of birth. These hogs are housed in open pens with deep bedding and room to romp, frolic, and engage in natural behavior. They are fed a well-monitored diet free of animal by-products. With no growth hormones or antibiotics administered, these pigs grow slower than those at industrial “farms,” and we’re quite all right with that. It’s a better life for the pigs and produces the best pork we’ve ever eaten! 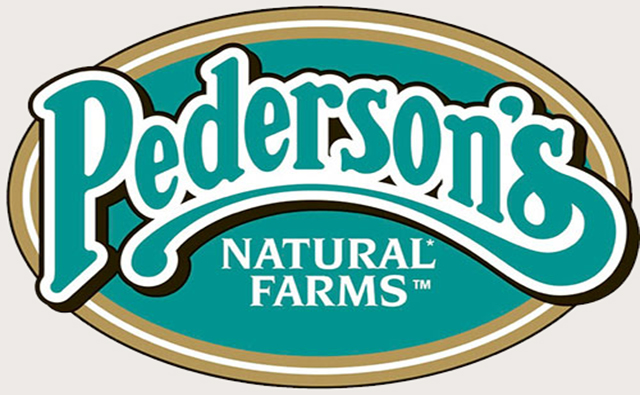 From humble beginnings in 1992, Pederson’s Natural Farms has grown from just two to 92 employees. This year alone, Pederson’s will produce five million pounds of bacon! That equates to 83.5 million slices of bacon, and, when placed end to end, that spans 13,500 miles! It’s enough bacon to go across the United States nearly five times. Whew! That’s a lot of bacon! And it’s all made right here in our Hamilton, Texas production facility.

Our last 20 years have been made up of all-nighters and weekends sacrificed for the betterment of bacon. There’s unbridled innovation that results in five-ingredient bacon that’s defined as much by what isn’t in it as what is. It’s the story of no added sugar, no hormones, no added nitrates or nitrites, no antibiotics, vegetarian-fed, humanely raised, revolutionize-the-market bacon. Though Pederson’s is famous for bacon, we’ve followed that up with a robust line of No Sugar Added hams, sausages, dogs, and deli meat. If you can dream it up, we can bring it to market. We’ve done it with the first shelf-stable meat bars. We’ve done it with The Original No Sugar Added Hickory Smoked Bacon. There’s not a project we aren’t willing to put the time and effort into bringing into reality. All of Pederson’s products are humanely raised, made without the use of artificial ingredients or artificial preservatives, they’re nitrate and nitrite free, MSG-free, gluten-free, and soy-free. Additionally, Pederson’s offers products that are Non-GMO Project Verified, organic, Whole30 Approved, and paleo and keto-friendly. We like to say that we are Making the Best, Better.

Pederson’s Natural Farms is about products that people put their lives into, and it’s a story about how two local cowboys and a lot of folks that shared their vision and work ethic have taken a small regional company and transformed it into a national competitor. It’s about blessings, a bit of luck, and taking the good you’ve been given and working it into something even better. It’s about giving back and bringing folks together with events like Bacon Bash Texas, the biggest bacon-centric event in the state. It’s about helping kids with Type 1 Diabetes and charities like Niki Warms the Cold. It’s about giving animals the lives they deserve, it’s about ethical and compassionate treatment. Pederson’s Natural Farms hangs its hat on quality at any cost, and that dedication to excellence has continuously propelled our company into new markets and mediums.

This is the story of Pederson’s Natural Farms, where the best is made better. This is a story about saying good riddance to the status quo, getting up after getting knocked down, and shaking up an industry that’d been asleep for too long. This is the story of a small town, proud Texan company making an impact that’s been felt around the world!

MORE FROM THIS FARMER

This fully cooked and perfectly seasoned sausage is for cowboys and cowgirls that prefer a bit of heat with their breakfast (or lunch, dinner, second supper, midnight snack, etc.). The point is, this stuff is spicy and ready to eat. It's simple and it's good.

Whether dished up around a campfire or prepared with love in mom’s kitchen, we think this breakfast sausage hits the spot! Looking for that down home flavor? You’ve found it with these fully cooked links.

Pederson's Farms has partnered with Independence Brewery in Austin, TX, to launch a Local Beer Brat, bringing together two local brands for a delicious tasting bratwurst.

Add to Delivery
MY DELIVERIES

This delivery truck is empty!

We Don't Deliver To Your Area

We Deliver To Your Area

To create your account and begin placing orders click continue. Or you can return to the market to browse our products.

Choose the distance you want to search for a pickup location:

Would you like to remove this recurring item from just this delivery or all future deliveries?

There is no Checkout or Submit button to finalize your delivery. These items will be delivered unless removed. Enjoy!

We Don't Deliver To Your Area

Do we deliver to you?

Thank you, we will notify you when service is available in your area

Please login if you have an account with us

We will send you an email to reset your password